The most common tarsal bones affected are the heel bone (calcaneus) and the bones near the ankle (talus and navicular). The two most common coalitions are the talocalcaneal (between the talus and calcaneus) and the calcaneonavicular (between the calcaneus and navicular). Although tarsal coalitions can occur between any two or more bones, all are far rarer than the talocalcaneal and calcaneonavicular coalitions.

Tarsal coalitions occur congenitally (present since birth) in about 1% of all people and may effect only one foot or both feet. However, the pain from a tarsal coalition may not arise until adolescence or later. Some individuals with tarsal coalition do not experience any pain.

A person affected by a tarsal coalition is often flat-footed on the foot in which the tarsal coalition exists. Pain is usually present just below the ankle area and made worse with weight bearing activities. In some cases, the muscles on the outside of the leg will spasm.

Tarsal coalitions can often be diagnosed simply with an examination and standard radiographs (x-rays). However, special imaging techniques (CT scan or MRI) are also used to confirm the diagnosis and determine both, the extent of the coalition (abnormal connection) and whether degenerative joint disease is present in the nearby joints.

For more information see one of the Doctors of the New Mexico Foot & Ankle Institute. Please call 505-880-1000 to schedule an appointment.

Click on the icons below to find more information on Over the Counter Products, Instructions, Blogs, Videos and Newsletters

Over the Counter Products 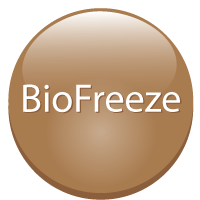