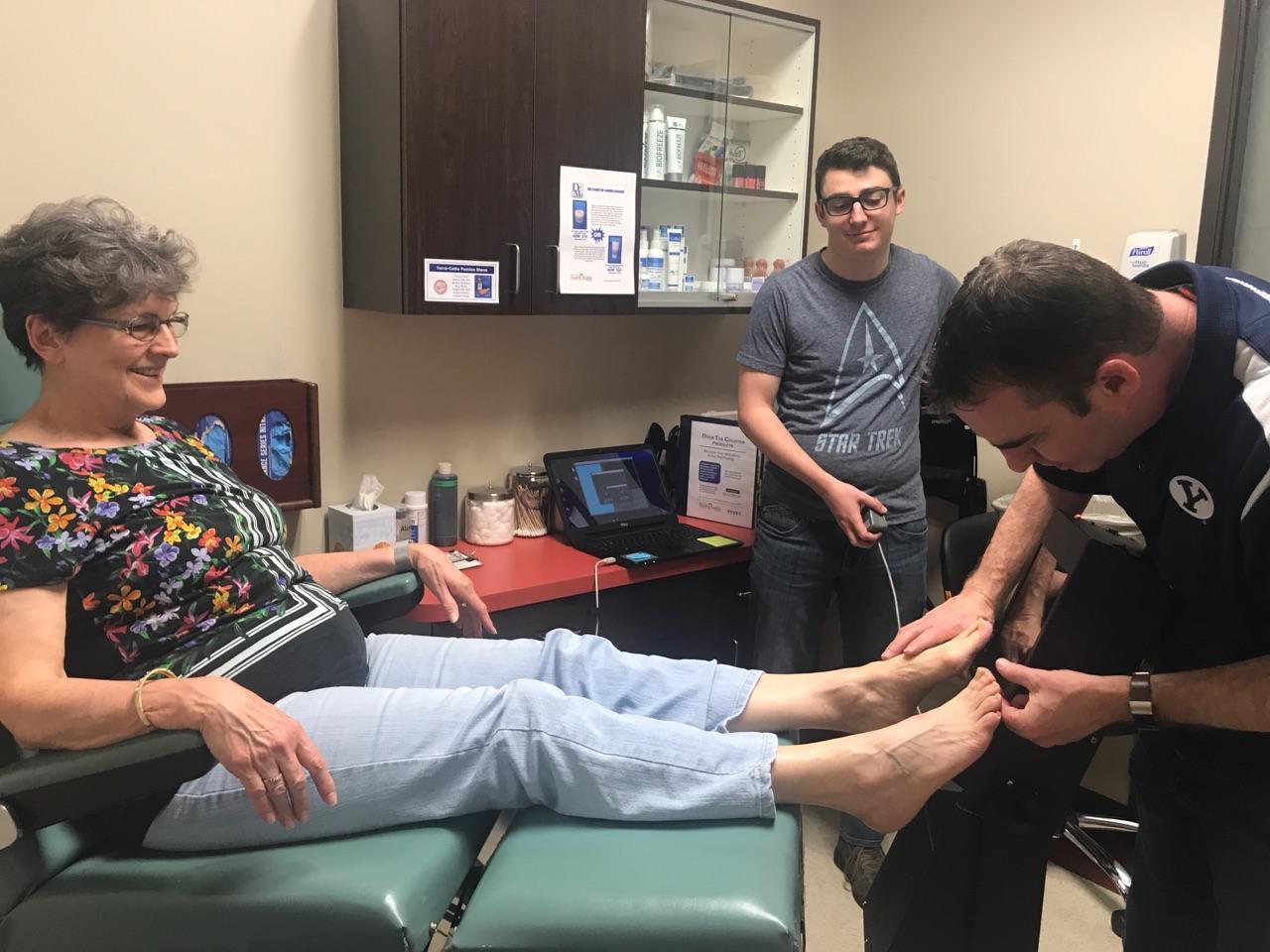 Neuromas are a painful condition that affects the ball of the foot.  It is worse with tight shoes and barefoot usually. Sometimes people get radiating pains out into the toes and sometimes they just feel like they are walking on a lump of something.  Many folks get a nagging soreness that just doesn’t want to go away.  My mother suffers from a nagging neuroma that doesn’t really hurt, but is sore most days.  She isn’t in pain but isn’t excited to go for a walk or do much shopping.  She has switched her shoes and now wears wider shoes even to church.  She doesn’t complain much but it is obviously still an issue.   I recently mailed her some orthotics with a special pad for the neuroma which also helped a little but she continued to have soreness with walking and standing too much.  This weekend she happened to be in town visiting family and we discussed options at length.  No one wants a shot in the foot but sometimes the inflammation just won’t go away with the other small things we do to get rid of the problem.  She kept justifying that it isn’t very painful and it probably doesn’t need an injection but it isn’t getting better and she really isn’t pushing this at all and isn’t really walking a lot.  After some gentle pushing she agreed to an injection for her pain.  It doesn’t sound like a great Mother’s Day gift but if it completely cures her problem I will count it as one of the best gifts I could give her to keep her walking and healthy.  We casted her for some custom orthotics and I’ll make her a great device to slip in her shoes and keep that nagging neuroma from ever coming back.